This was the most keenly contested version of the event ever, with 80 teams competing over both Carya Golf Club and National Golf Club down on Turkey’s stunning Mediterranean coast.

TGI Partner Sargent and his team of amateurs Ian Orme, Thomas Quinn and Jack Quinn scored a total of 164 stableford points in the two from four format over the two days, winning by just two points.

Event sponsors TaylorMade, adidas Golf, PowaKaddy and Maui Jim Sunglasses provided more than 40 prizes for the event, with prizes for down to seventh place as well as a number of novelties.

Victorious Partner Sargent said: “This is the best event I’ve played in by far. There’s no pressure on us as PGA Professionals to post a score, you can just have fun and enjoy the social scene with a team that you pick yourself.

“You come away for a week to an amazing hotel, eat great food, have fun and play for some fantastic prizes, it really is a great show from all the sponsors, TGI Golf and TGI Golf Travel.

“We came for the first time last year and there was never any question about coming again. We just missed out on the prizes that time and we came with no expectations this year. To come away with the trophy is a wonderful feeling. We’ll most certainly be back again next year to defend the title.” 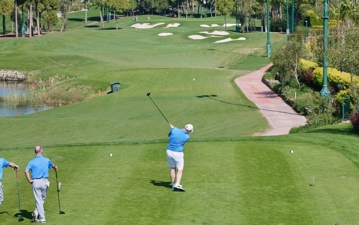 Adele McLean, Group Services Director, who organises the event, said: “Over the last 10 years we have seen this event grow continually, we never imaged when we started in 2009 that we’d see 80 teams competing a decade later.

“We couldn’t do it without the amazing support we receive from our sponsors, the organisation of our own travel company TGI Golf Travel and of course the dedication of our team.

“A huge thank you to all our Partners and their amateurs who make this a permanent fixture in their diaries. We’ve already received a number of enquiries about next year’s event asking us to reserve spots!”

TGI Golf confirmed that the 11th Team Challenge will return to Regnum Carya in March 2020. 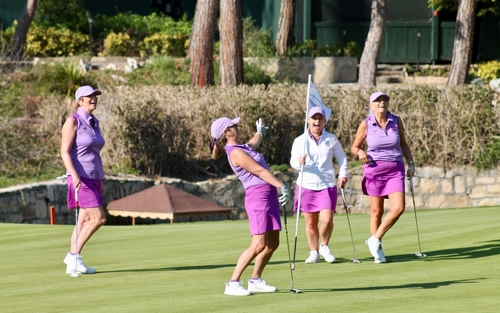