Scotland finally claimed their first victory in the annual battle of the nations that is TGI Golf’s Partnership Trophy staged at the stunning Trump Turnberry Resort. 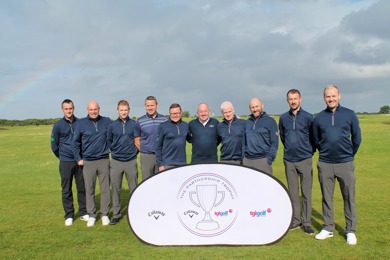 The event, which is held in association with Callaway, Callaway Apparel and

TravisMathew, pits Partners from Scotland, Ireland and England & Wales against each other in a match with fourballs on the first day followed by singles on day two.

With 60 points up for grabs over the course of the two days it was the home nation who took the spoils and the bragging rights in the closest match since the event’s inception in 2016, with just two points separating holders Ireland in third place with 19 and the winners with 21, with England & Wales finishing runners-up with 20.

Prior to the event the 24 Partners who had qualified to represent their nation – via two qualifiers held in each country – were treated to a clinic from renowned coach Denis Pugh, who took the players through Francesco Molinari’s warm up routine. 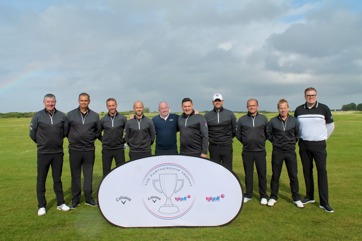 Following the fourballs over the Robert The Bruce Course it was Scotland who led the way with six points, with Ireland and England & Wales three back on three each.

With 48 points still to play for during the singles over the Ailsa Course everyone was still in with a shout of winning the event, but it was the hosts who held on to win by the slimmest of margins, taking the trophy and pre-book vouchers from the sponsors.

James Erskine, PGA Professional at Dumfries & County, who was part of the Scotland team for the first time described the event as ‘the best I’ve ever played in.’

Another first timer, Ian Benson, from Hindhead Golf Club who represented England & Wales, declared: “TGI Golf and the sponsors should be very proud of a great event with a unique atmosphere.” 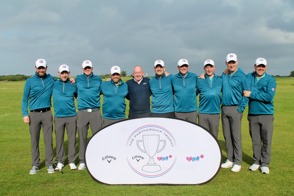 Simon McLean, from Airdrie Golf Club and representing Scotland, added: “I've been very lucky to have played in this before and the event just gets better and better, every person to a man has said it’s the best event they have ever played in.

“It’s hard to imagine a better venue than Turnberry, the Ailsa was just a joy to play, everything about the place is just class! Hats off to everyone at TGI Golf for all their hard work in pulling everything together.”

Each nation was made up of eight TGI Golf Partners, who qualified via two events in each country, which were skippered by three of the group’s retail consultants – Ricky Gray (Scotland), Peter Smyth (Ireland) and Simon Keeling (England & Wales).