Faster in the air and faster at impact, the new Titleist TSi drivers push the 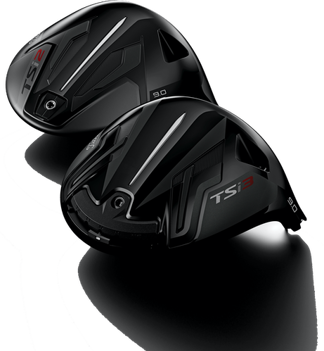 boundaries of speed through advanced engineering and material breakthroughs – including a new ATI 425 Aerospace Titanium face construction never before used in golf – thatcombine to produce the longest, straightest, best-looking, and best-sounding Titleist drivers ever.

Available in Titleist authorised retailers from November 12th, with fittings beginning October 22nd at locations nationwide, the new TSi2 and TSi3 models transcend the advancements of the original Titleist Speed Project, accelerating the performance that has made Titleist the most played driver on the PGA Tour for two seasons running.

From the top of the swing, TSi’s player-tuned aerodynamics propel the clubhead faster toward the golf ball. At impact, the extremely powerful ATI 425 face launches the ball with added speed. High inertia properties produce an extremely stable clubhead, providing players with more consistent speed and spin across the face for longer, straighter drives:

“We continue to make every investment necessary to help players achieve the speed and distance gains they are asking for, without having to make any sacrifices when it comes to performance. ATI 425 is an incredible breakthrough for driver performance, but it’s just one piece of the puzzle. Every aspect of TSi has been optimised to benefit the total package, and it’s the integration of all those parts that drives greater ball speed and an experience at impact that tour players can’t stop talking about.”

The first week that TSi drivers were made available on the PGA and European Tours in early September, a total of 57 players immediately made the switch, with more players choosing TSi drivers than any other model across the two events. The following week at the U.S. Open, TSi was the most played driver model at Winged Foot Golf Club.

Justin Thomas, Titleist Brand Ambassador, added: “TSi just looks fast and it sounds like a missile coming off the face, when I first tested it I hit one drive off the toe and it carried almost 20 yards further than I would have thought. That’s what we want is the bad ones to perform better. Those weeks where I’m not hitting it consistently in the middle of the face, I feel like this [TSi driver] is going to have the opportunity for me to narrow my window and dispersion. The fact that it is faster without giving anything up – I can’t believe how much it’s improved when it already seemed to be the best that it can get.” 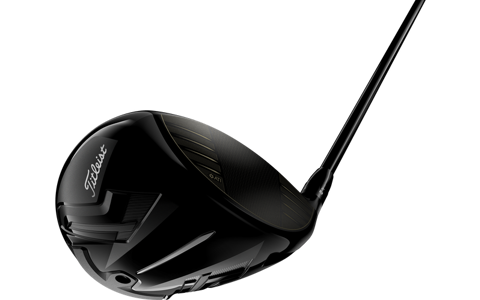 Dan Stone, Senior Vice President, Titleist Golf Club R&D, said: “ATI 425 is an amazing alloy that leads to a lot of performance benefits, It’s incredibly strong and maintains elongation under high stress. It let us optimise the thickness of the entire face to a degree that was never possible before and generate our highest ball speeds ever at points all over the face – not just heel and toe but also high and low. This is not an easy material to obtain, but the benefits to the golfer are beyond anything we’ve ever seen.”

Made by a single foundry in Pittsburgh, ATI 425 was initially developed for ballistic armour applications and has since been used in many aerospace and commercial aircraft solutions, including jet engines and NASA’s Phoenix Mars Lander. Titleist is the only company in golf that uses this material.

Player-Tuned Aerodynamics & Sound:
The improved shaping of TSi allows the club head to move faster through the air and deliver a more powerful impact. Both TSi2 and TSi3 have been aerodynamically engineered to reduce drag up to 15 percent (versus prior generation TS models), increasing club head speed for greater ball speed and distance. The new head shapes feature a tour-requested softer toe profile that looks square at address.

TSi feels fast in a golfer’s hands and is complemented by meticulous sound engineering that manages vibrations within the club head to deliver a Tour-quality sound.

Multi-Dimensional Stability:
While golfers often equate “high MOI” with heel to toe forgiveness, Titleist R&D employs a more holistic approach to MOI design. TSi also optimises sole to crown performance, producing up to 13 percent higher inertia values (versus prior generation TS models) that deliver more speed and a tighter launch and spin range up and down the face.

Both TSi2 and TSi3 feature Titleist’s patented SureFit hosel with 16 independent loft and lie settings, plus headweight adjustability (in two-gram increments, ranging from -4g to 4g) to create a more consistent and optimised ball flight through precision fitting.

CT Tested & Maximised:
Every TSi driver is precision manufactured to the tightest tolerances and measured multiple times to ensure performance is at the maximum allowable limit. 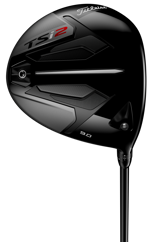 For players seeking incredible speed and accuracy across the entire surface of the face.

Featured and Premium Shafts
The TSi shaft selection has been assembled to offer world-class options for every swing speed and profile preference. Golfers can choose from four high performance featured shafts or upgrade to one of three premium shafts available through Titleist’s new partnership with Graphite Design.