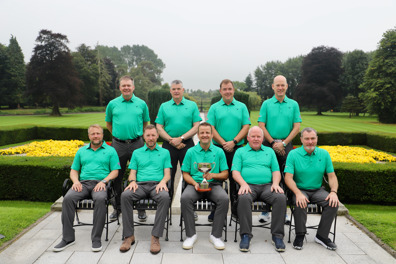 The event, held in association with Callaway, Callaway Apparel and TravisMathew, brings teams of eight Partners representing Ireland, Scotland and England & Wales together for a two day Ryder Cup-style match with national pride at stake.

Played over the beautiful Palmer South Course at the 2006 Ryder Cup host venue, Partners competed in fourballs on the first day before taking on each other in a singles strokeplay on day two. 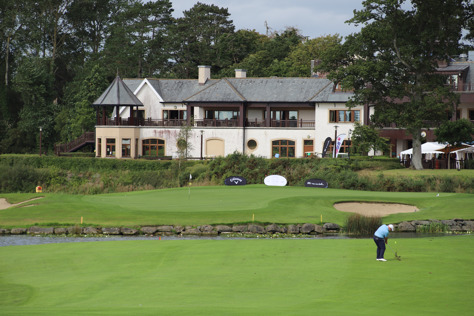 However, the format of the event means it’s never over after day one, with 48 points to play for in the singles anything can happen.

But a commanding performance from the Irish team saw them win five of the eight singles matches to win the trophy with a total of 25 points, with Scotland finishing runners up on 19 and England & Wales finishing third on 16 points.

Gary McNeill, PGA Professional at Royal Portrush Golf Club, was playing in his first Partnership Trophy and was bowled over by the experience.

He said: “This was my first time even attempting to qualify for this event and I’m so glad that I did, it was well worth it, I can’t wait to do it again.

“I have thoroughly enjoyed reconnecting with my fellow PGA Professionals particularly after the last 18 months or so and The K Club was a superb venue, the golf course was in great shape we were so well looked after.

“The fun and the banter with the lads from England and Scotland has been great and it is always awesome to gain some perspective from other PGA Professionals. You get some ideas and talk about different ideas and situations, which is very important for us as golf pros as you don’t tend to get much chance to do this when you’re in your own shop and worrying about your own business.”

Adele McLean, Group Services Director, added: “After the last year or so it was amazing to be 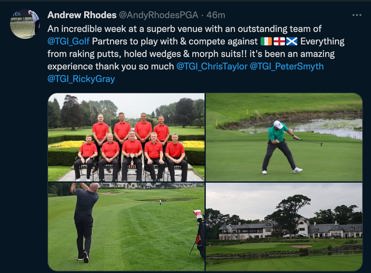 able to stage this event again. We have been exceptionally well looked after by The K Club and our event sponsors Callaway, Callaway Apparel and TravisMathew. You could feel the buzz of the Partners being together again after so long apart, there was a real energy on all three days of the event and the thanks we have received from the Partners has been overwhelming.”

Each team was decked out in full Callaway Apparel and TravisMathew uniforms for the duration of the event while Callaway rewarded qualifiers and the eventual winners Ireland with attractive pre-book advantages.

The Partnership Trophy in association with Callaway, Callaway Apparel and TravisMathew will return in 2022.