Yonex is proud to announce the launch of the new EZONE GS (Graphite Speed) range of golf clubs. Inspired by Japanese graphite technology, the GS clubs are 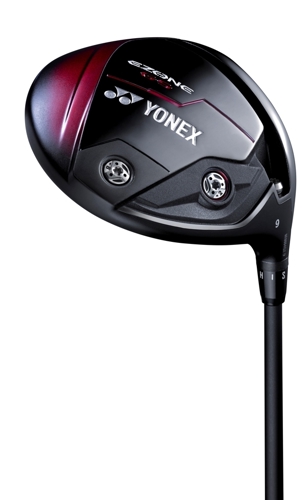 designed to offer superior distance and control for mid-handicap golfers.

At Yonex HQ in Japan, our dedicated product team committed to over two years of in-depth research and development in order to produce the highest standard of club possible. Using high quality Yonex graphite materials in both club head and shaft, the GS range combines innovative technology and exceptional standards of craftsmanship and manufacturing from Yonex staff in Japan.

Yonex strongly believes that our heritage of building the clubhead, shaft and grip of a golf club can improve performance for the handicap golfer, and the EZONE GS range is no different. Each driver, fairway, hybrid and iron in the range has been created with the optimal shaft weight, kick point and torque in every flex to produce maximum distance, forgiveness and feel. Yonex is widely considered as the global leader in graphite technology, with proven success in racquet sports such as badminton and tennis and continuous growth in our golfing departments across the globe.

DRIVER
A high-tensile, Honeycomb Structure Graphite Crown allows more flex than ever before at the top of the driver face. A matte finish shows off the quality of the graphite manufacturing on the crown of the club. A second-generation Power Groove Solehas been added to the sole of the driver to allow maximum repulsion from low on the clubface. This combination of technologies has created a high-repulsion clubface with an enlarged sweet spot and optimum ball speeds across all areas of the face.

Vertical Polish on the driver face allows the golf ball to slide upwards on the face at impact, dramatically reducing the amount of sidespin that is created compared to a ‘traditional’ horizontally polished or milled clubface where the spin axis becomes tilted.

FAIRWAYS & HYBRIDS
Fairway  woods  and  hybrids  in  the  new  EZONE  GS  are  also  designed  with  the combination of both Honeycomb Structure Graphite Crown and Power Groove Sole, enhancing high-repulsion from all areas of the clubface and greater distance. The clubface is created from a maraging steel construction for maximum ball speeds and superior feel.

A Groove Flow Concept has been created to optimize the ball flight for each club and to promote accuracy. The fairway woods and hybrids have been designed with a slanted, diagonal groove that creates less sidespin and consistent backspin from all lies on the golf course for improved accuracy.

All of the fairway woods and hybrids operate the Yonex Quick Adjust System for custom fitting, forgiveness and playability.

IRONS
A Four-Piece Graphite-Hybrid IronStructure has been created for the EZONE GSiron.  This  revolutionary  combination  of  a  mild  carbon  steel  body,  tungsten  plate, carbon  graphite  insert  and  maraging  steel  face  offers  maximum  ball  speed  and distance, with an enlarged sweet spot for greater launch from all areas of the face. The advancement in new materials and technology create 10% greater distance from hits lower on the clubface, compared to its predecessor, the EZONE GT. The graphite acts as a damper amongst the harder metals to enhance playability and feel.

SHAFT
An EX-330 Shaft has been designed specifically for the EZONE GS, weighing just 53g in a regular flex driver shaft. The shaft is manufactured using layers of Yonex’s super-premium  graphite  that  promotes  faster  transitions  for  increased  clubhead speeds and an unrivalled repeatability during the swing and at impact for consistency.